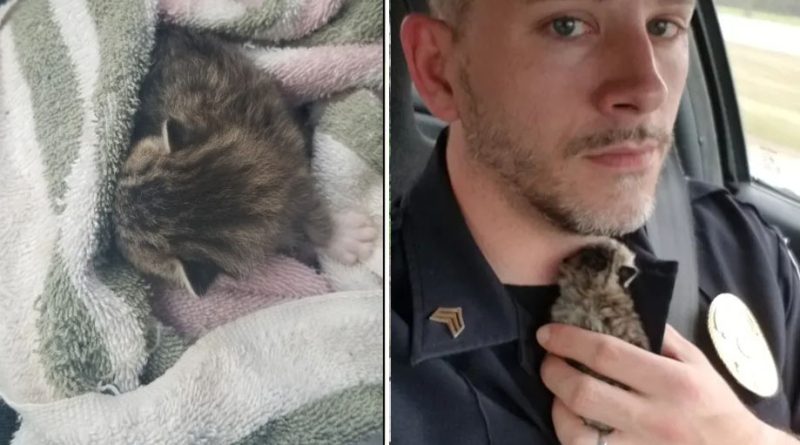 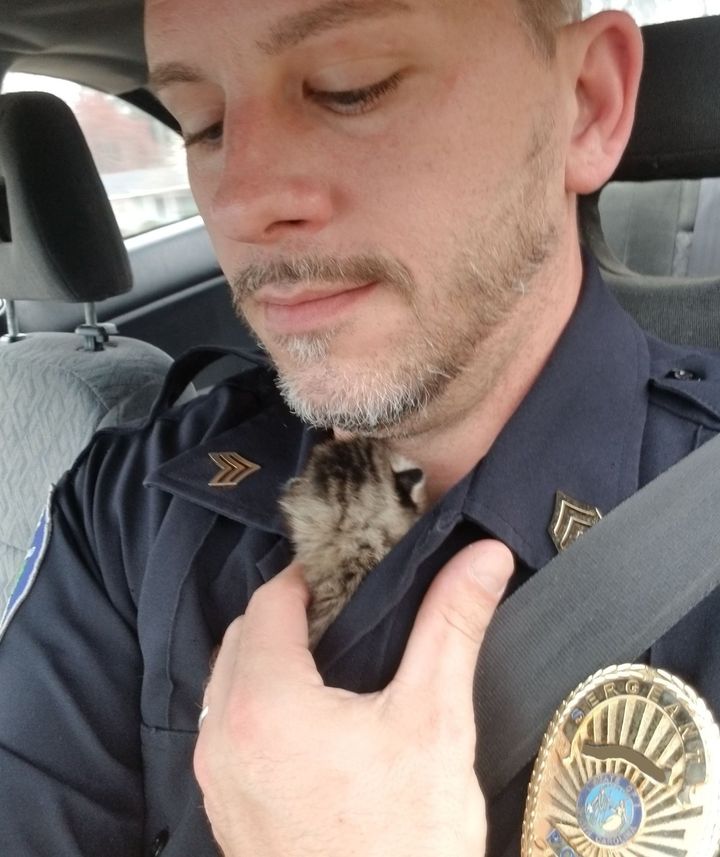 Sergeant A. Morton from North Carolina has been feeding and caring for community cats along with his wife, Hannah. Since March, they have started working on a TNR (trap-neuter-return) project in their neighborhood.

“We decided to start trapping feral cats near our house. Over the next couple of days, we were able to capture two feral cats,” Sgt. Morton told Love Meow.

A pregnant cat had been spotted in the neighborhood but by the time she showed up again, her belly had gone down. “Our stress levels elevated as we worried about the safety of the newborn kittens.”

They began searching for the babies until Hannah located them in the closet of a bathroom at an abandoned structure. However, the feral cat mom grabbed one of her kittens and fled while they were trying to trap her.

“I decided to tie a rope to the releasing arm of the trap door, so I could manually activate the trap from a distance when she came back.” 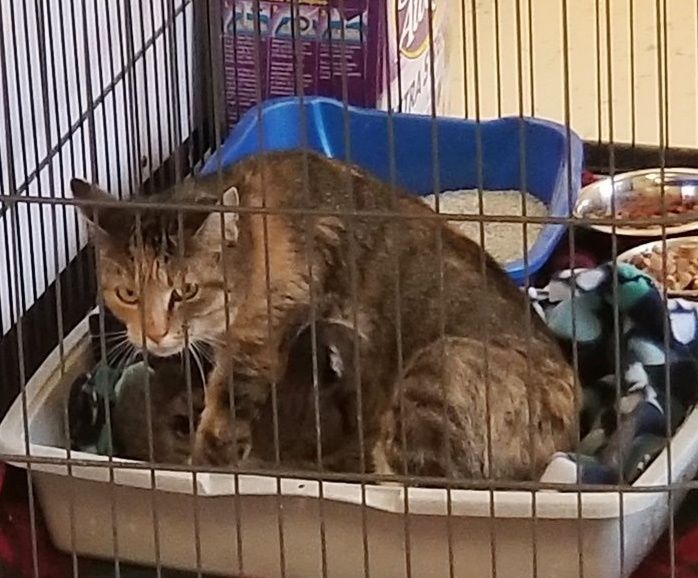 With a lot of patience, they finally got the cat mom, but finding the remaining kitten became quite a challenge.

“By this point we had searched everywhere and everything top to bottom multiple times. Hannah took the captured mother and four kittens to the shelter’s director and now the stress was solely on me to find the kitten.”

He spent the next few hours searching, retracing steps, moving debris until he was physically and mentally worn out. “I returned to my house, feeling sick with emotions and guilt over the loss of the infant kitten’s life.” 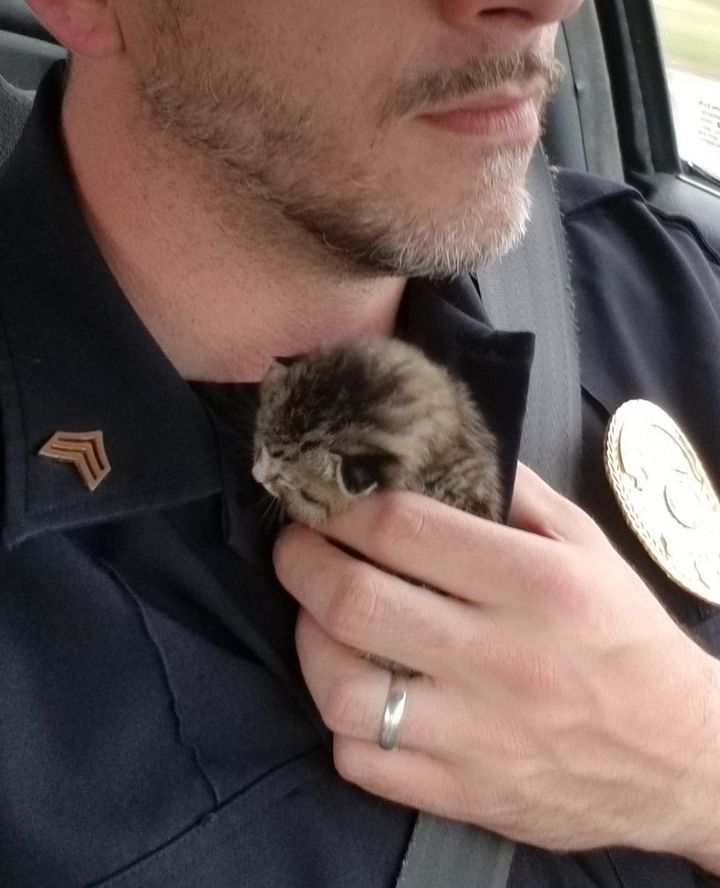 The next day, he went back outside to continue searching as he couldn’t get the kitten out of his mind. After several laps around the place, it was still to no avail. Then the following day, as he was getting ready for work, he heard what he thought was a kitten crying. He knew he couldn’t leave without another try.

“I started walking towards my neighbor’s home when I heard that sound again. This time I was close enough to hear it more clearly. The screams sounded like they were coming from under the modular home.” 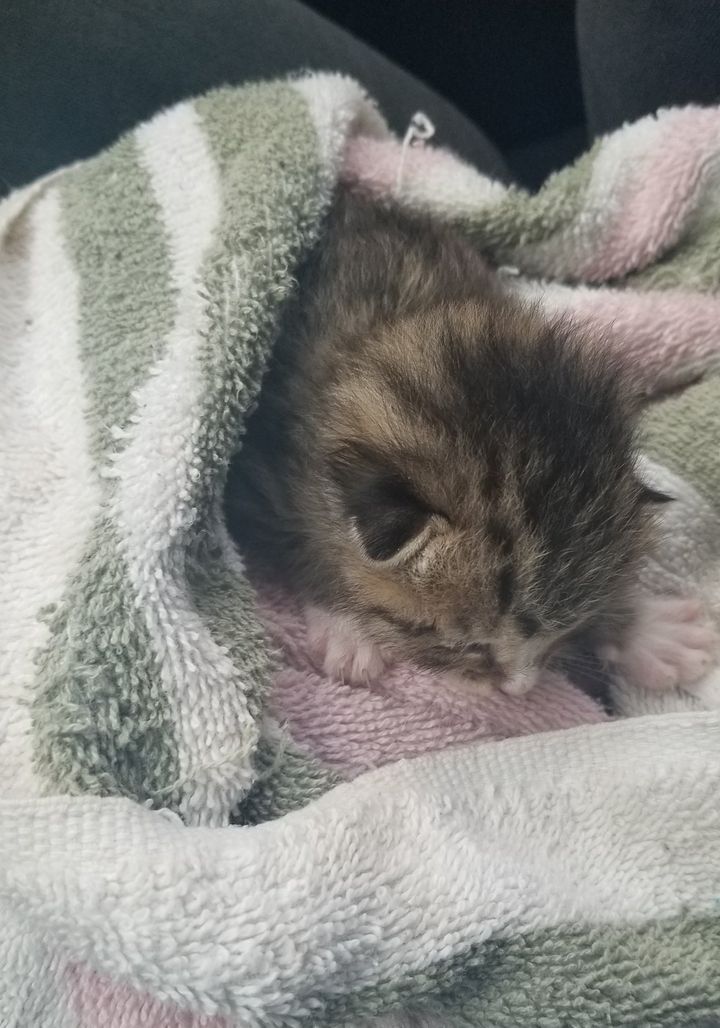 He found a section of the house where he could crawl under.

“When I reached into the small sized pocket, I felt something warmer and harder than the insulation and wondered if I had found the kitten or if I was about to have a pet rat. When I gently grabbed the questionable ball of fur, it immediately started crying out again.” 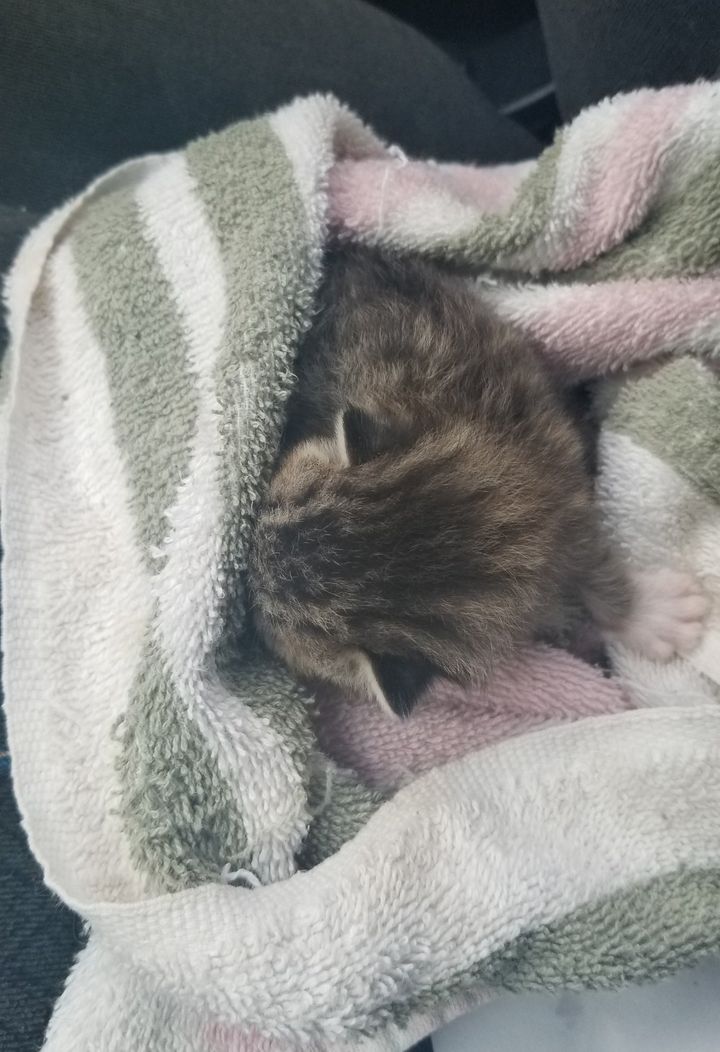 He slowly made his way out with the kitten in his hand. Lo and behold, the tiny bundle of fur was alive, breathing and fighting to live.

“I held the kitten against my chest, inside my uniform shirt and drove directly to the (shelter) director’s house,” Morton said. “He said the mother was still at the shelter and he would have somebody meet me there to reunite them.” 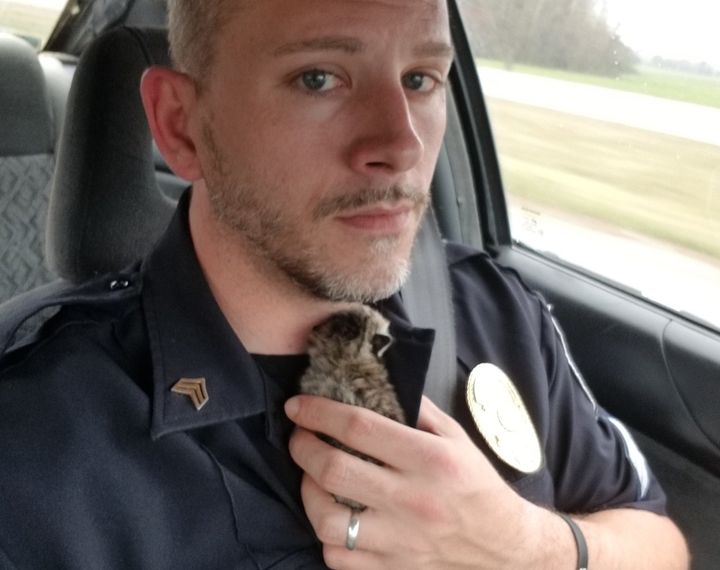 The little tabby was about the same size as the other kittens he rescued, and he believed that he had found their lost sibling.

“When I placed the kitten in the cage with its family and was able to witness the survival kitten nurse his mother, suddenly my heart filled with joy and the stress of two days diminished in an instant,” Morton told Love Meow.

“I knew I needed to get to work, but I was already two hours late, so what would a few more minutes matter.” 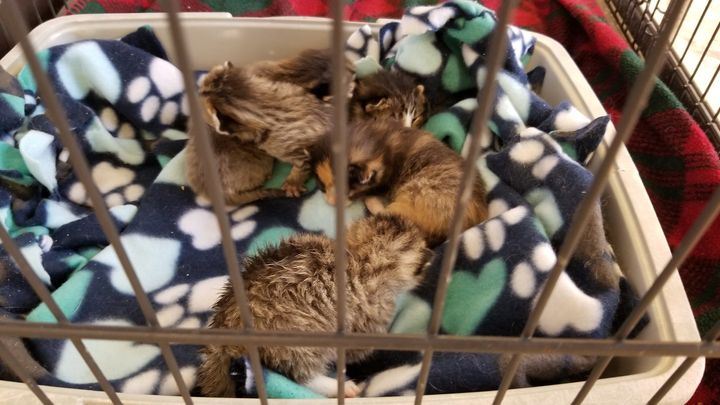 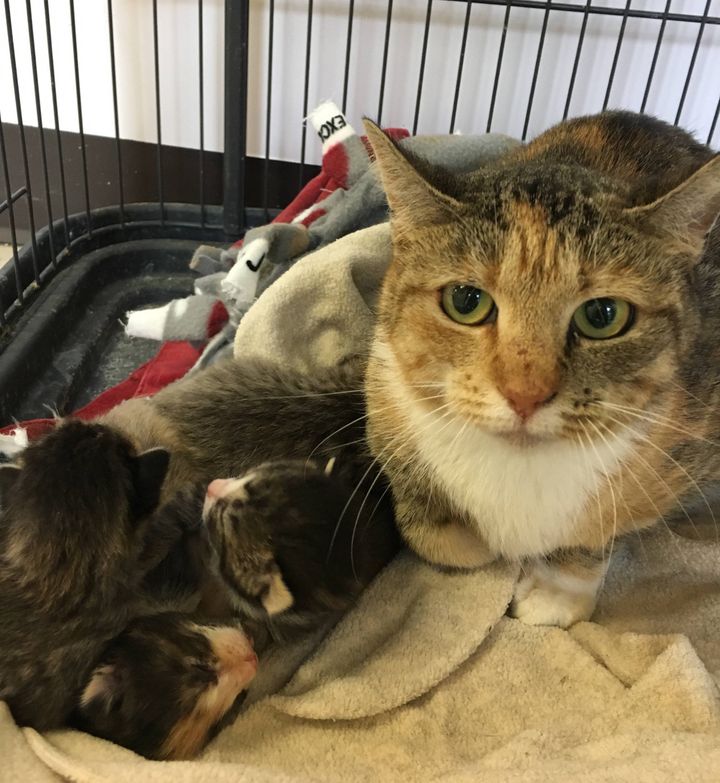