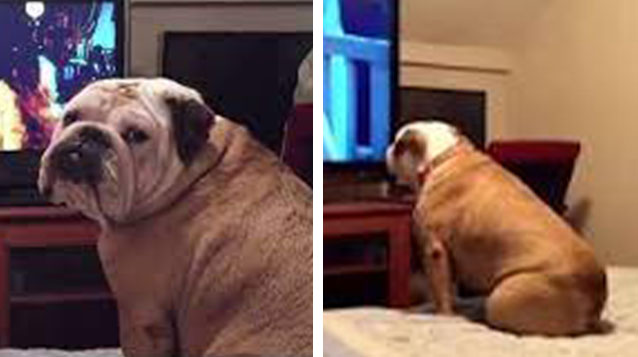 You know that feeling when you’re watching a horror movie and you want to scream at the protagonists to warn them against approaching danger? Well, you’re not alone – this doggie in the video below feels the same way too and barks whenever she senses a threat. “Khaleesi the bulldog loves watching horror movies and always tries to protect any potential victims from harm,” writes the canine’s owner Dawn Curran.

“She is especially vocal when children are in danger as seen in this clip,” comments Khaleesi’s human. The video proves that this doggie’s instincts are always on point. This time the pooch was watching The Conjuring, so it was no wonder she was so frightened.

While another added: “Conclusive proof that horror movie protagonists really are less intelligent than dogs. Come on, writers.”

And then, there were those concerned about Khaleesi having nightmares after watching the horror movies. One thing is for sure – this bulldog is a brave little doggo who will not stay silent watching someone is in trouble.