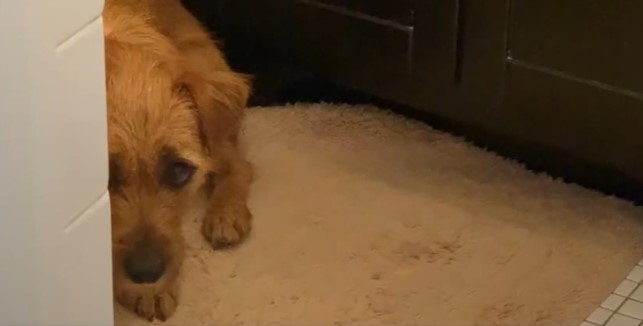 – –
Eventually, Chips Ahoy warmed to Brenden enough to let him give her 20, 30, 40 minute petting sessions. Over time, Chips Ahoy grew attached to Brendan and soon her fear and anxiety lessened.
– –

—
When she was adopted shortly after, the couple were elated. But when they learned she had been returned just two days after being adopted for “being too much work” they were heartbroken. 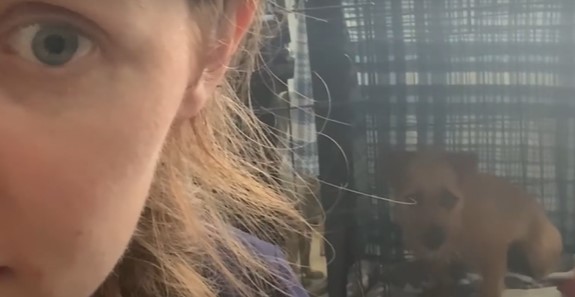 The pair took Chips Ahoy back into their home and although she was learning to relax she still wouldn’t play with toys. They learned that she loved other dogs which helped a lot and she finally learned to trust Julie. 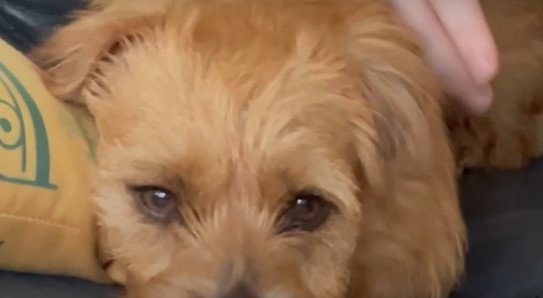 So it seemed the pup just needed more time around people. And Julie and Brendan had needed that extra time to know Chips Ahoy was theirs and she was there to stay!