She was also an older pup, so she was brought to the care of the nonprofit, The Mr. Mo Project. The rescue, run by Chris and Mariesa Hughes of Clifton Park, New York, has seen its fair share of older dogs over the years.

However, nothing prepared Chris and Mariesa for what they were about to witness. Poor little Delilah was in terrible shape. Her fur was so bad in terms of matts that it was cutting off the blood flow to her leg and making it difficult for her to walk. 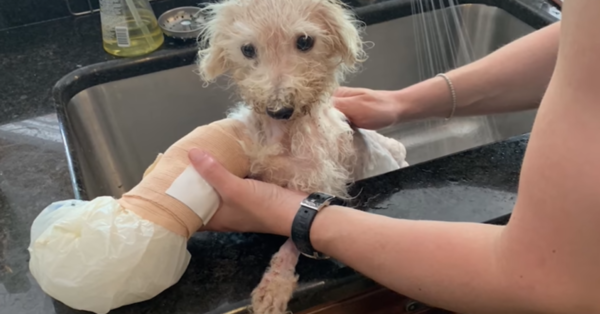 If that wasn’t bad enough, the poor dog was suffering from a jaw that had been broken in the past. It clearly wasn’t treated, meaning it didn’t heal properly and so none of her teeth were aligned. As a result, she was barely able to eat.

Chris and Mariesa brought her home with them, welcoming her into their fur family. It became quite clear that underneath the scared exterior, Delilah was actually a very sweet pooch.

Regarding her health condition, Chris commented to The Dodo, “It just blew my mind how someone could have a dog like this. Just in such horrendous condition.” 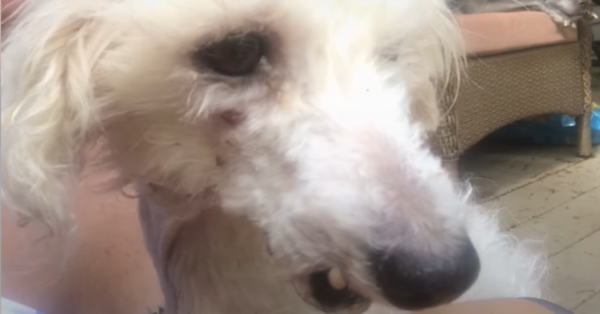 As much as Delilah’s foster family tried to take care of her, her health issues were too much. Her front leg ended up having to be amputated, and all her teeth had to be removed. However, once she had her surgeries she faced a long recovery. But it was a new lease on life and little Delilah actually thrived!

Mariesa noted that even without her front leg, Delilah’s personality started to come through and she ended up becoming an “incredibly different dog,” even on three legs.

The little dog soon started to become a real part of the family. Chris and Mariesa couldn’t picture life without the little pooch, so they decided to officially make her a part of the family. The couple even had a sweet little ceremony for the small Delilah by presenting her with her very own collar – pink of course! And while she was getting presented with her collar as an official part of the family, her fellow fur siblings were excited to welcome her to the family. 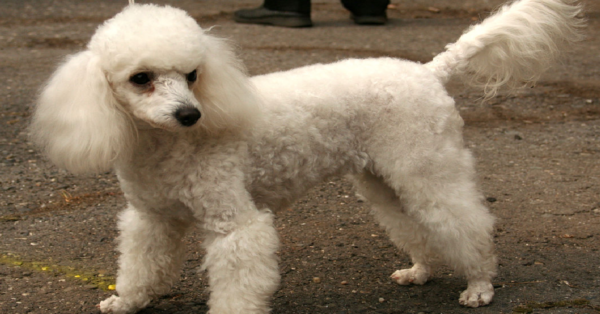 “She’s now the dog she always wanted to be, and she may not have thought that could ever happen,” Mariesa added.

After adoption, the happy family shared on Instagram, “She was a scared, timid, sad girl when we got her. Now she is fierce and fabulous, she tries to ‘help’ me by reprimanding the big dogs for poor behaviors, she supervises from the back of the couch or above my head on the pillow.”

We’re so happy that Delilah finally found the loving home she deserves.